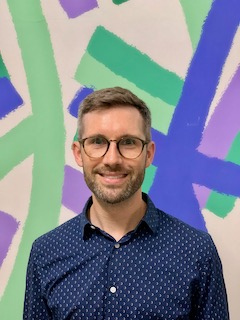 John Ashley Burgoyne is the Lecturer in Computational Musicology at the University of Amsterdam and a researcher in the Music Cognition Group at the Institute for Logic, Language, and Computation. Cross-appointed in Musicology and Artificial Intelligence, he is interested in understanding musical behaviour at the audio level, using large-scale experiments and audio corpora. His McGill–Billboard corpus of time-aligned chord and structure transcriptions has served as a backbone for audio chord estimation techniques. His Hooked on Music project reached hundreds of thousands of participants in almost every country on Earth while collecting data to understand long-term musical memory. Currently, he is working through the Amsterdam Music Lab to understand what people are hearing – and what they are ignoring – while they stream music every day.

How Predictable is the Eurovision Song Contest?

The Eurovision Song Contest has long been a popular basis for betting, and popular fan websites such as Eurovisionworld collate the books from about a dozen different online bookmakers to make predictions about who will win the contest.

Happy holidays from the Amsterdam Music Lab! To help you keep up the holiday spirit, we’ve just released a special holiday edition of the Hooked on Music experiment.

Welcome to the Amsterdam Music Lab!

Welcome to the Amsterdam Music Lab, a space where you can learn about how you hear music and how your listening style compares to others, and where the music industry can test new ideas with the forefront of music cognition research.